News From Around The Parish

What to do if you find an issue:

Residents often become aware of problems that the Parish Council cannot rectify. We are here to help, but if you see any of the following, these are the phone numbers/web links to report them direct:

Highways issues including blocked drains, street lights, gritting issues - these should be directed to Lancashire County Council on 0300 123 6701 or they can be reported via their portal. Go to www.lancashire.gov.uk and click 'report a highway fault'.

Refuse collections, full litter or dog fouling bins - these should be directed to Pendle Borough Council on 01282 661166 or go to: www.pendle.gov.uk.

If you have a query about housing benefit, council tax benefit or the like, please go to www.pendle.gov.uk/benefits

If you need to report an Environmental Health issue report it via www.pendle.gov.uk/info/20005/your_environment

At the budget meeting in January, the Parish Councillors agreed to install some CCTV within the Parish.

I'm pleased to let you know that this has now been done and is up and running.  There are 2 cameras on the Church corner running 24 hours a day that can be monitored by me.
If an incident occurs in the village, the Police are aware that we have these cameras and are happy to work with us for crime prevention and detection.

Trawden shop and library are looking for new volunteers to do a 2 hour shift.

They are short of people for evening and weekend shifts so if you are interested, call into the shop and ask for a ‘new volunteer form’, complete it and hand it back. Sara will then be in contact with you to arrange your induction. Thank you

Are you aware that we have a defibrillator in the Parish?  It is located outside of the Community Centre doors and the code must be gained from the Emergency Services.

If you need to use the equipment, you must ring 999 first who will give you the exact location and the access code.

The Parish Council, with funding from the Community Safety Partnership have just had 4 CCTV cameras installed at Wycoller Car Park. This is following the spate of break-ins to vehicles over the past couple of years. The cameras are recording 24 hours a day so footage can be retrieved should an incident occur. We think that this is a very worthwhile investment and visitors should now feel confident leaving their cars on the car park whilst they visit Wycoller. Thanks to Itus Security Systems for the work they have done with this project.

Re-opening of the Victorian Pissor on Skipton Road

These are the photo's that were taken at the re-opening of the Victorian Pissoir yesterday (30th April 218). On behalf of Trawden Forest Parish Council..... Thank you to David and Barbara Whalley - the Mayor and Mayoress - for attending the opening and cutting the ribbon. Thank you to Sarah Cockburn-Price, Paul White and Margaret Foxley, the Borough Councillors for funding part of the renovation project. Thank you to Martin and Jacquie Watson and Keiron Melling from Marlyn Engineering for completing the work. Thank you to Craig Smith for taking up the old cracked concrete floor and replacing it with the black limestone flags.

Thank you to Gillian Greenwood for taking the photo's. We have already received some lovely messages saying how good it looks and that people are glad that it has reopened.

Repair of the wall on Skipton Road

Sections of the boundary wall on Skipton Road have been falling down for quite some time now, and at the end of last year, quite a large section fell into the road.

With the support of our County Councillor, the wall was repaired on 12th April 2018, and as you can see, it looks much better and more safe than in recent years.

Renovation of the Victorian Toilet

You will have probably noticed that work has started on the renovation of the Victorian Toilet on Skipton Road.

We have contracted Marlyn Engineering to carry out the work, and these are the photo's that I took on Thursday last week (8th December 2017).  Keep checking back to see the progress.

On Friday 12th January 2018, the broken old concrete was removed from inside the toilet area and it has been replaced with black limestone flags.  Some of the cobbles to the front of the structure had sunk, so they have been lifted to avoid any trip hazard.  What an improvement this has made.

Work still continues on the structure itself, but Marlyn Engineering are currently hampered by the weather.

The whole structure has now been repaired and sanded ready for painting.  You can see how much detail is on the front panels.

The cover that appears on the top of the structure will be removed once the painting is complete.  It has been put there so that, if it rains, painting can still be done inside.

The Parish Council is planning a 'grand opening' once it is fully complete. The Pissoir was completed on 29th March 2018.  A copper colours has been added to highlight the features within the iron work.

It has taken a lot of time and skill to recreate and repair some of the areas of panels, and it is believed that the original structure would have just been the front 3 and 2 side decorative panels; with the plain sides and back being added at a later date.

It has been painted dark green as it is thought that this would have been its original colour. These photo's show the willow woven sheep and lambs that the Trawden in Bloom team helped to create on 11th and 12th March 2017 in Wycoller. Thanks to Councillors Paul White, Margaret Foxley and Sarah Cockburn-Price for the funding for this project, and I'm sure they will be very pleased with the finished product.
They are now located on the grass across from Trawden Road.

Following on from a lot of complaints about dog fouling in Trawden, Pendle Borough Council have produced some posters that Councillor Ruth Crompton and I have been putting up around the village this morning. There are some hot-spots, especially around Colne Road and onto school, and the Recreation Ground that have been reported to the Dog Warden and they have confirmed that there will be extra patrols around these areas; some of which will be done by plain clothed Dog Wardens. You never know who is watching, so don't forget to pick up your poo!

Following on from the decision from an independant report which stated that the existing 'Cotton Trees' located across from LBS and Trawden Road, were dangerous and had to be removed, yesterday (28th November 2016) replacement trees were planted.

Anne and Geoff Wolfenden, the owners of LBS and the land where the trees were located, purchased 5 replacement specimens to be planted along the side of the river around the Cotton Tree bend.  3 trees were removed, which are thought to be almost 200 years old.  They kindly invited Trawden Parish Council, the Ward Councillors and the local press to attend the replanting.

Michael Crawshaw took the Councillors to the area of planting from his farm with his quad bike and sheep trailer.

We were able to use the Trawden Spade which is kept at Nelson Town Hall, for this planting which was an honor, as it was first presented to the Village when the first sod was cut for the light railway at Cotton Tree.

We hope that these trees, which are very rare, will last as long as their predecessors.

There will be a full report in the Colne Times.

Lancashire County Council have launched a flooding awareness campaign today.  The campaign aims to help inform residents about their role during severe weather and seeks to contribute to an overall increased level of awareness, preparedness and resilience in the event of future floods.

The campaign messages focus on the fact that, although flooding can never be totally prevented, the impact to people and property can usually be reduced. It promotes self-help messages for those members of the public who have been affected by flooding in the past and those who could be affected in the future.

It also encourages householders and businesses to be more prepared for floods that may occur in the future.  They aim for it to help manage expectations around surface water flooding, while contributing to and reinforcing the work all agencies have been doing in some way to increase the level of community resilience in relation to both property level flooding and surface water flooding.

Please visit www.lancashire.gov.uk/flooding where you will find information, advice and short animations designed to help people prepare for and deal with flooding. RESIDENTS in a Trawden street are so fed up with speeding motorists, they are putting pressure on the county council to rethink the speed limit.  The County Council have taken the issues on board, but need a traffic survey to be done.  It has been passed back to Pendle Borough Council to ensure that this is done.

In the meantime, in a bid to encourage drivers to reduce their speed from the bus terminus on Hollin Hall, the Parish Council have purchased some '20mph is plenty' signs that will be delivered to all those properties that are on the main road.

They will be encouraged to display the notices in a prominent place at the front of their property in the hope that it will make motorists think about how fast they are travelling.  Any awareness can surely only be a good thing!

Since the Parish Council acquired the playground at Lanehouse Lane in April 2016, a new roundabout has been installed as it is around 20 years since the site was updated.  Progress photo's will be added, but I thought it would be interesting for people to see the before and after images.

The Councillors decided to opt for a roundabout that would suit all young people.  It is disabled and pram friendly, but also with a seated section for younger users.  The roundabout is flush to the ground therefore any trip hazards are eliminated.

The Parish Council was able to secure funding from Pendle Borough Council and a Capital Grant from the Colne and District Committee towards the cost of this new piece of equipment.  The Parish Council have paid a fraction of the full purchase cost. Villagers who fought to save a community hub from closure have galloped into action to begin their fund-raising efforts.

Last week, Pendle Council officially handed over Trawden Forest Community Centre to a new management committee, who formed in April to prevent the facility from shutting its doors.

It had faced being given the axe at the end of June as part of a council cost-saving exercise.

To mark the occasion and to get some money in the pot for the centre’s running costs, a race night was held over the weekend at the Church Street site.

Organised by the committee’s vice-chairman Steve Smart and his wife Sandra, the event was attended by around 80 residents and raised approximately £1,200.

Mr Smart said: “It was spectacular, and went far better than expected.

“Everybody really got into the swing of it, with the ladies wearing hats and the fellas wearing their suits - it was really good. 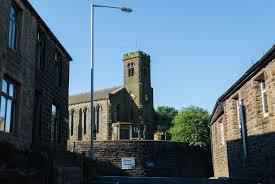 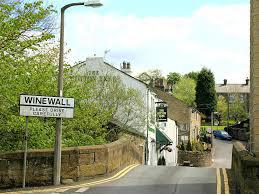 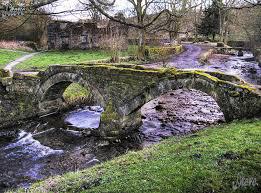